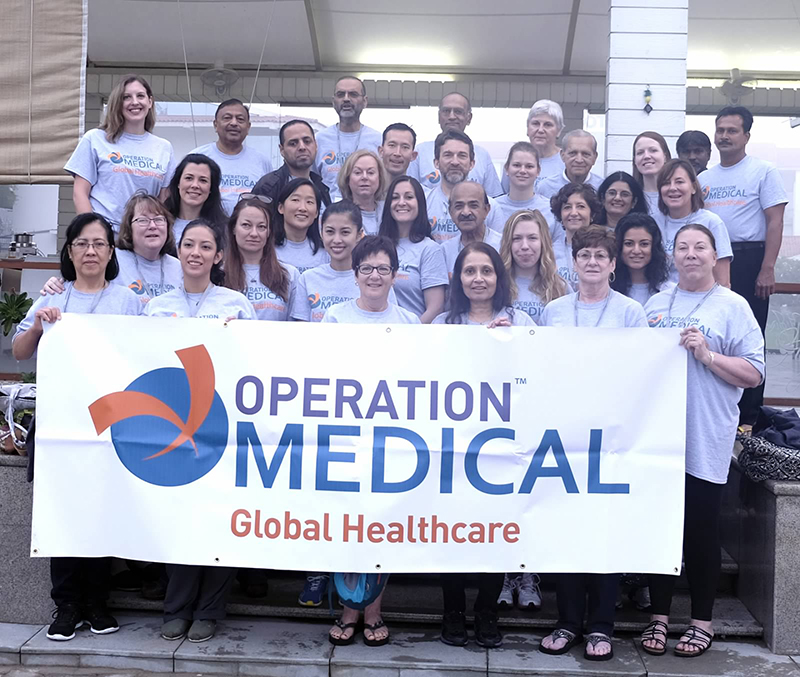 Operation Medical third surgical mission for its 2014/2015 year took place in the state of Gujarat, India. The team performed 114 surgical procedures at the Lions General Hospital in the city of Mehsana. Dr. Mukul Parikh was the mission leader.

Mehsana Charitable Trust Foundation is very active in the field of medical services and opened Lions Hospital in 1978. Lions General Hospital is a 260 bed hospital and has many departments including a dental, arthroscopy, orthopedic, urology and cath lab.

Mehsana is one of 33 districts of Gujarat state in western India and is the largest district in Gujarat. The district has a population of over 2 million people and an area of over 4,500 km. There are 600 villages in the district and a population of approximately 1.8 million people. Mission Details and Participants The 5-day camp was held at Lions General Hospital from January 18 to January 23, 2015. The ages of the 114 patients ranged from 6 months to 76 and the male/female ratio was 55/45. The operating room team utilized 6 operating stations in 4 operating theatres. The 114 cases included:

The 30 volunteers that made up the Operation Medical team included: