This year Operation Medical is fortunate to have a husband/wife team joining the Haiti 2014 surgical mission team. Marc will be joining the team in the second week of the mission and Theresa will be participating in the two-week period of the mission trip. 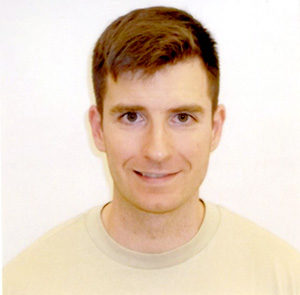 Marc Northern, MD is currently a general surgery resident at Kessler Medical Center in Diberville, Mississippi. Mark obtained his BS in Biology for the Unites States Air Force Academy and his MD from the Uniformed Services University of the Health Sciences. Marc is a Basic Life Support and Advanced Cardiac Live Support instructor.

Marc’s military service included the US Airforce Academy, Air Force Freefall Program and he was a 4th Platoon Leader Operation Bushmaster. During his military career, Marc received the Global War on Teerrorism Air Expeditionary Medal for service in Kuwait.

Theresa Northern, MD, is currently a anesthesiology resident at Ochsner Clinic Foundation in New Orleans. She obtained a BS in Biology from the University of Georgia in Athens, Georgia and Doctor of Osteopathic Medicine from Nova Southeastern University College of Osteopathic Medicine in Fort Lauderdale, Florida. Theresa did her general surgery residency at Kessler Air Force Base in Biloxi, Mississippi.

Theresa was a flight surgeon with the Air Force and in addition to accruing over 50 flight hours in various aircraft, she accumulated over 350 clinical hours as a independent, credentialed staff member responsible for the primary care of flyers and their families. She utilized her training in aerospace physiology, hyperbaric medicine, tropical and occupational medicine to make clinical decisions affecting our flyers everyday. Attached to the 31st Rescue Squadron, she served as the Medical Director for nineteen pararescuemen, responsible for their trauma training as special operations paramedics. This training was tested in a real-world mission that culminated in Theresa saving two men injured at sea. As a testament to her abilities, she was stratified as the #1 flight surgeon in the Operations Group at Kadena Air Base, the largest Air Force base in the Pacific region.

After her separation from the Air Force in 2011, she began working in an emergency room at Covington County Hospital in Collins, Mississippi and Pioneer Community Hopsital in Aberdeen, Mississippi. In both hospitals she was the only doctor! During this interim period, she was also hired as staff for Gulfport Memorial Hopsital and instrumental in opening and staffing a new walk-in clinic.

Theresa is no stranger to volunteer work. She has volunteered for surgical missions in the Philippines, Guatemala, India and Haiti. This is Theresa’s second trip to Pierre Payan Hospital.