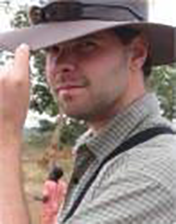 Dr. Baker Henson, who is the organizer of the 2014 Malawi mission is currently a general surgery resident at Pinnacle Health Community General in Harrisburg, Pennsylvania. Baker attended the University of North Carolina at Chapel Hill where he received his BS in biology and the Edward Via Virginia College of Osteopathic Medicine where he received his Doctor of Osteopathic Medicine. Baker has devoted much energy, time and talent in his volunteer and leadership activities. In 1999, Baker founded World Camp, Inc. which is a 501(c)(3) nonprofit organization based in Lilongwe, Malawi. World Camp, Inc. focuses on HIV/AIDS education. He is a founder of World Camp Honduras Program 2005, World Camp India 2007 and has lead programs for over 300 volunteers from the USA, Australia, Canada and Europe to Malawi, India and Honduras to teach HIV education and about other locally challenging issues. He has taught over 40,000 students the basics of HIV/AIDS education and raised over $750,000 to support this program.