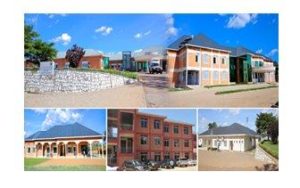 The 2018 Operation Medical surgery camp will take place at Rwanda Military Hospital (RMH) which was built in 1968 at Kanombe, a Kigali suburb, as a Military Referral Hospital. It continued to provide health care services to the military and their immediate families until after the 1994 genocide against the Tutsi when doors were opened to the general population treating 80% civilian and 20% military patients.

Since its inception, the hospital has been offering both primary, secondary and tertiary medical care.  In the 2011-2016 strategic plan however, the focus was been directed towards transforming it into a full-fledged referral and teaching facility.  The Government of Rwanda, through the Ministries of Health and Defense, is committed to offering quality health care services to the military and the general population through strengthening and refocusing RMH in terms of the infrastructure, human resources,  capacity building, equipment and management systems.

Rwanda military hospital works in a multidisciplinary environment where they receive and refer both Military and Civilian patients where necessary from and to different specialists such as, Orthopedic Surgery, General Surgery, Neurosurgery, Gynecology and Obstetrics, Internal Medicine, Pediatrics, Dermatology etc.